We have followed from the Australian economy the release of the Melbourne Institute reading of consumer expectations of inflation, which showed an acceleration of growth to 4.4%, compared to 3.5% last May, and this comes hours after the Assistant Governor of the Reserve Bank of Australia, Christopher Kent, expressed his surprise Economic recovery, however, wage growth remains low, adding that the lack of immigrants may lead to a slight rise in wages at the margins.

This comes before we witness the release of the reading of the aid requests for the last week on the fifth of this month, which may reflect a decrease of 15 thousand requests to 370 thousand requests in the previous reading, and the continuous aid requests for the past week on May 29 may show a decline of 169,000 requests to 3,602 million requests, up to the Treasury's disclosure of the budget reading, which may show a widening of the deficit to $245.0 billion, compared to $225.6 billion in April. 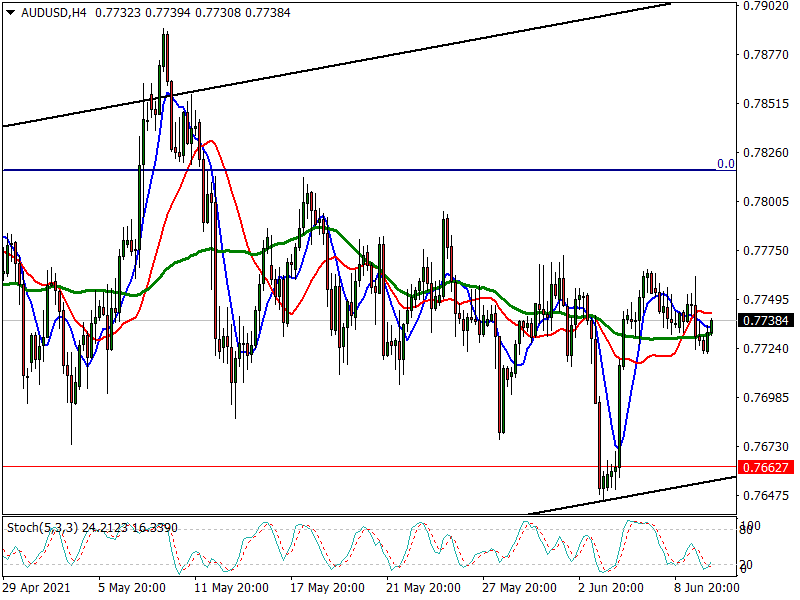 The expected trading range for today is between support 0.7670 and resistance 0.7765

Author: GC
Back to all reviews Back